Blockchain technology has been around for a while, but it’s only recently that the term has become mainstream. In 2010, it was an obscure niche topic, but today you can’t open any publication without seeing articles on the subject.

There are many reasons why blockchain has become so popular all of a sudden. The most important reason is that the value of bitcoin started to increase exponentially and some people saw it as an investment opportunity. Other factors include increased media coverage about how revolutionary this technology could be – especially when applied to our financial system – and the launch of Ethereum, which created new opportunities for developers with its smart contract platform.Blockchain is a concept that has been around for decades, but it has never been as popular as it is today.

However, with the rise of crypto-currencies and the use of blockchain technology in finance

This niche topic has become very important and relevant to modern society. The main factor behind its recent resurgence in popularity is this: blockchain technology has started to be more recognized as a way to solve many problems in the field of finance, mainly to decentralize the currency and the financial system.

Blockchain is still an emerging topic, so there are many misconceptions about it. The first thing you need to understand is that this term refers to two separate things: a negative (bitcoin) and a positive (blockchain).

The blockchain is a decentralized ledger or database that keeps records of digital transactions. In other words, it is a way to store data in such a way that the information cannot be changed and can be easily traced if necessary. This allows many different parties to keep track of information without having to trust each other.

Blockchain is often associated with crypto-currencies, but although the term comes from the same origin and some people use blockchain to refer exclusively to crypto-currencies, it can be applied in many other areas. In fact, there are several different types of blockchain that have little or nothing to do with finance

What are the different types of blockchain?

The first distinction to make is between public and private blockchains. A public blockchain has no restrictions on who can participate in the network or see its data, while a private blockchain only allows certain users to access it. For example, anyone with an internet connection can use bitcoin, provided they are connected to a bank, while a bank can use its own private blockchain without having to publish the information it stores. 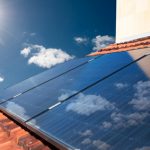 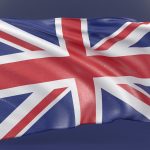 Form a company in the UK : Some tips